BRIGHTON 303 are back once again on the 24th january for a winter special with Acid Techno Legend CHRIS LIBERATOR!

Expect the usual underground quality beats, worldwide and local talent including MASS_IVe, B303 reglular, TASSID, Brightons Fiachra, Eski and myself and wicked vibes to match.

See you on the dance floor! Finally!!! All systems are in place and now we can all get excited together 🙂 🙂

Room 1 – The Dj Producer 8 Hours Solo – The Final Throwdown
26 years of Hardcore Techno history condensed into 8 hours.
Expect an extra 25% more hardcore than previous editions.
We want this as memorable as possible 🙂

Room 2 – Bristols “The Acid House” collective combine with many friends of mine from literally the dawn of rave, representing 30 years since the Acid House explosion & the sole reason ALL of us got into all this —- Featuring :-

Hosted by the absolute king of hosts, the man, the undisputed —

Its in Bristol, at the Blue mountain, stokes croft…..all you need know…..Just get on a plane, bike , car, boat, unicycle – FUCKING WHATEVER — JUST GET THERE – THIS WILL >NEVER< BE REPEATED. TICKETS: As always from those lovely people at Afterdark.co 1ST EARLY BIRDS START SEPTEMBER 1ST 2018. https://afterdark.co/events/bristol/blue-mountain/the-dj-producer---8-hours-solo---the-finallt-throwdown. Page will be updated as ticket tiers roll out Soundproof-Techno Culture, has arrived to Brístol once a month we will bring you one of the best selection of Underground Techno Djs, from UK and abroad.

For the launch party we are going to have chosen a line up that every lover of quality music should not miss:

This weeks special guest is Charlie Hall (Drum club). Charlie will be joining Uncle Al for this weeks shenanigans! We will be starting a little bit later due to the football! Come and join us!

Anuj Agarwal on Feedspot has posted the top 30 Techno Music blogs on the Internet. We are at number 24. 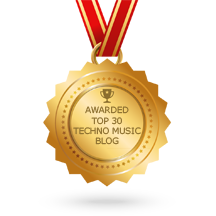